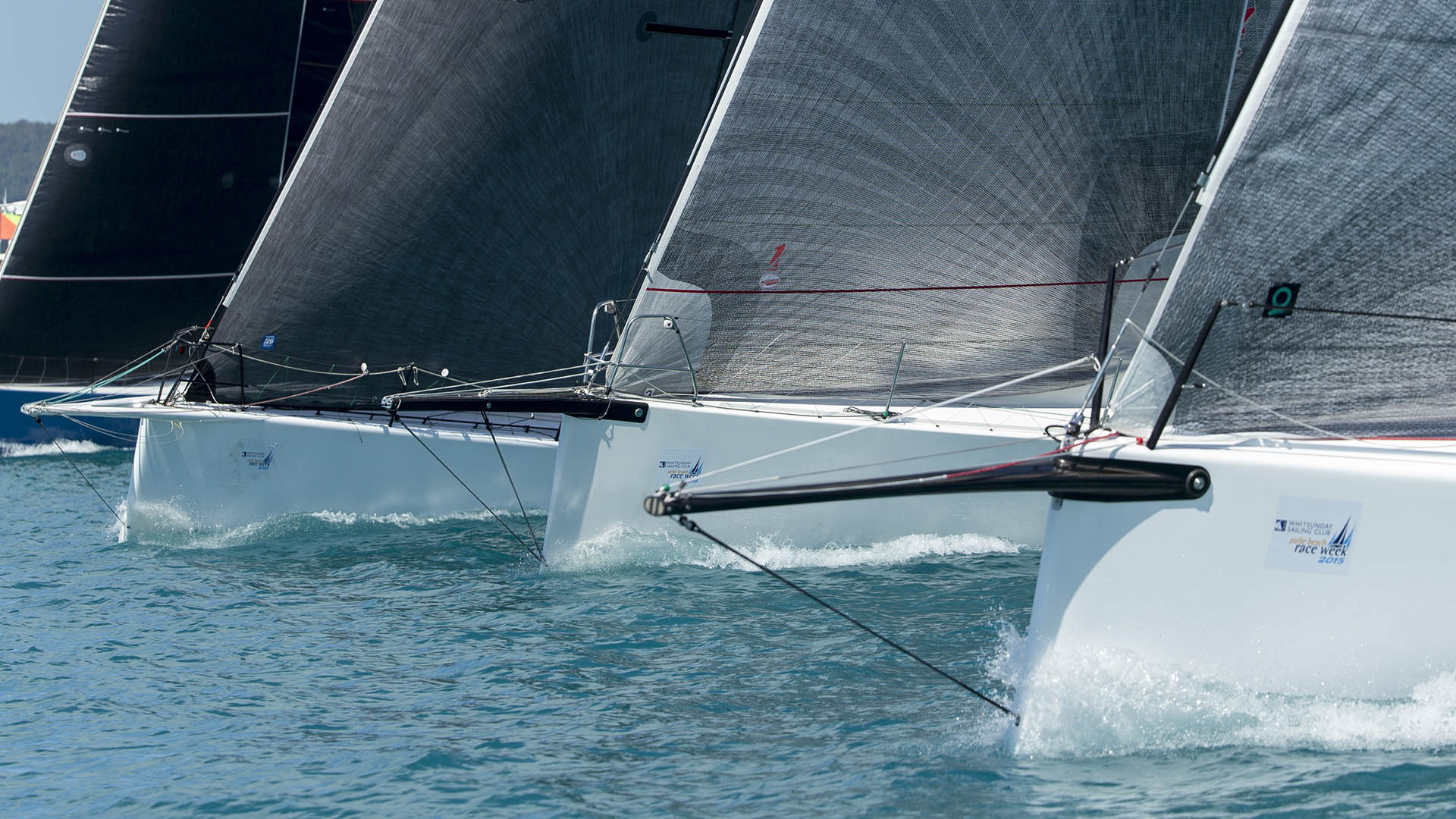 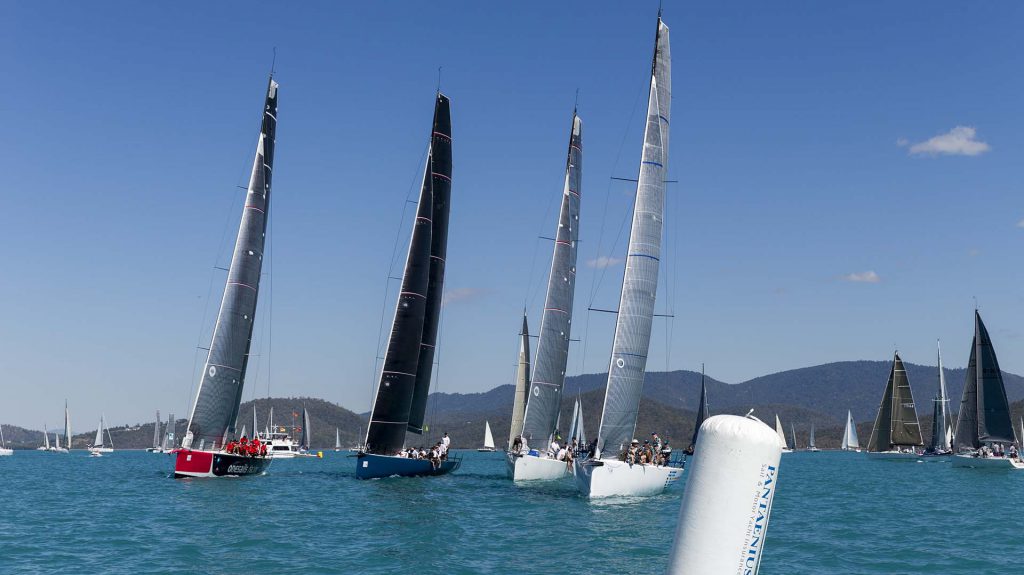 Its founder, Don Algie, had arrived in the Whitsundays aboard his classic 55′ sloop Storm in 1987, looking for a site to start his brainchild Hog’s Breath Cafe after spending four years in Florida. His first taste of big boat regattas was the Hamilton Island Race Week in Easter of 1988 where Storm performed well enough in the Cruising Division for Don to look at staging a regatta on the mainland at Airlie Beach.

A year later, after discussions with the Whitsunday Sailing Club and the upcoming opening of Australia’s first Hog’s Breath Cafe, plans were put in place to sponsor a major regatta on the mainland. The regatta was to include a mixture of bay racing around the buoys and long distance races around the adjacent islands over a period of a week.

The Whitsunday Sailing Club and Don decided to hold the first regatta in the lead up to the famous Great Whitsunday Fun Race in September in 1990. This event was to be called the Hog’s Breath Cruising Classic to cater for the influx of coastal cruising yachts visiting the Whitsundays at that time of the year.

The success and growth of the event in the early years saw a few changes to the regatta scene. The event moved from a Cruising Classic to a full Race Week.

Interestingly at this time, Sydney Yachts had released the Sydney 38, a new one-design sailing boat that was to become an instant success. Don Algie and Miles Wood (marketing manager for Hog’s Breath Cafe), struck up a deal to promote and stage the Australian Sydney 38 championships for the next three years. That event introduced a lot of owners to the benefits of sailing in the protected waters of Pioneer Bay off Airlie Beach.

By 2000, the regatta attracted over 70 entries and grew to over 100 entries in following years. In 2003 there was a shift towards professional event management, and Race Week came together with the help of a huge band of volunteers from the Whitsunday Sailing Club.  2016 saw a record fleet of 132 boats competing, with in excess of 100 boats competing every year for some time since then.

Both on water and on shore activities give competitors, friends and family lots of fun to share and enjoy.  This year’s Race Week is set to be a cracker!  See you there!